Looking for a great way to promote your sports team or club?  Lots of area teams and clubs are working with me to design a fun poster to do just that!  In the last two weeks, I've worked with the Xavier Girls Basketball Team and the Varsity Mock Trial Team from Xavier.  Both sessions were so much fun and the results were awesome!

The girls decided on a theme that incorporated fog.  I'm definitely up for that!  I arrived at Xavier with my friend, Jennifer, and we set up our background and lighting and then decided how the girls would be posed.  Bring in the fog machine........and a tiny glitch.  Fog machines may set off smoke alarms and with a Christmas Stars performance going on in the theatre we decided that would not be a good thing to have fire alarms going off and have to clear the theatre.  Plan B.  We photographed the girls, they went to practice, we went to lunch, then came back and used the theatre, with the help of Jim R. to photograph the fog.  "You can just photoshop the fog in, right?"  Of course I can..... I think......maybe.  After some trial and error, we got the lighting right and the fog and I was able to make a composite picture of the girls and the fog! 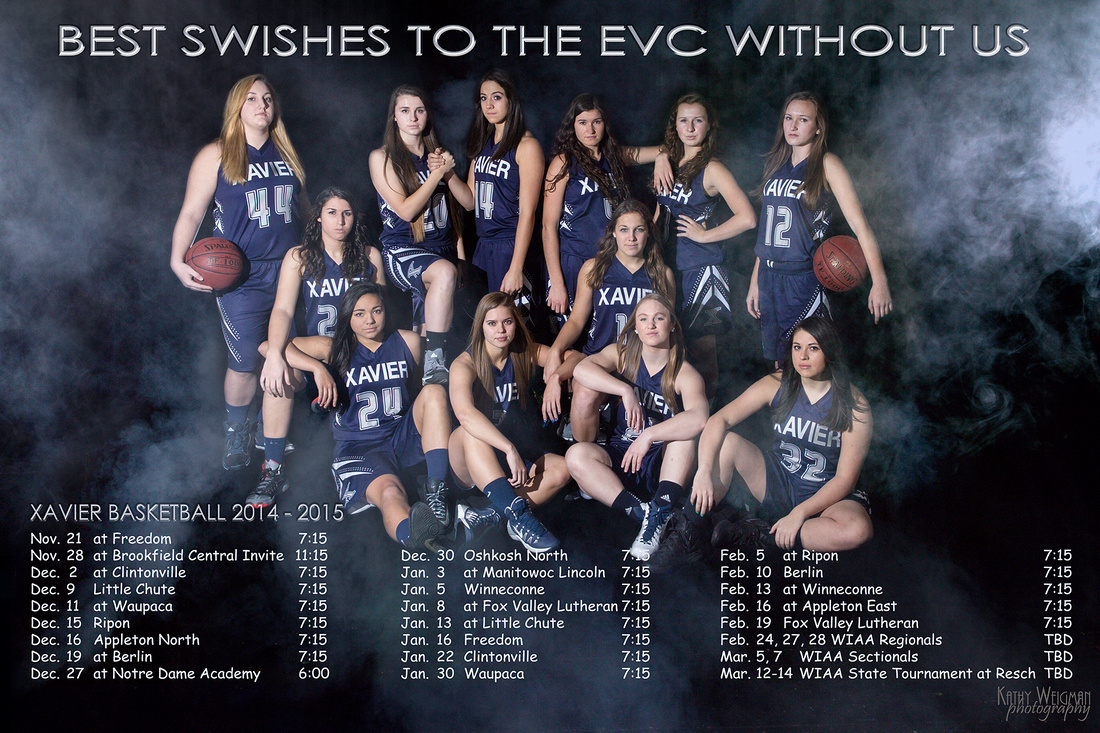 Bring on the Mock Trial Team!  They had a really cute idea with a play on the words, You've Been Served.  I love it!  We want to photograph the team in the gym and practice doesn't start until 4:00 so we've got about 15 minutes.  Oh my!  Not to worry.  I set up my lights at center court right on the X, then get the team members positioned.  Only problem is, we have basketball players to our left and basketball players to our right.  Talk about photo bombs!  The coaches helped us keep them away so we got out shots in and turned out a great poster for them! 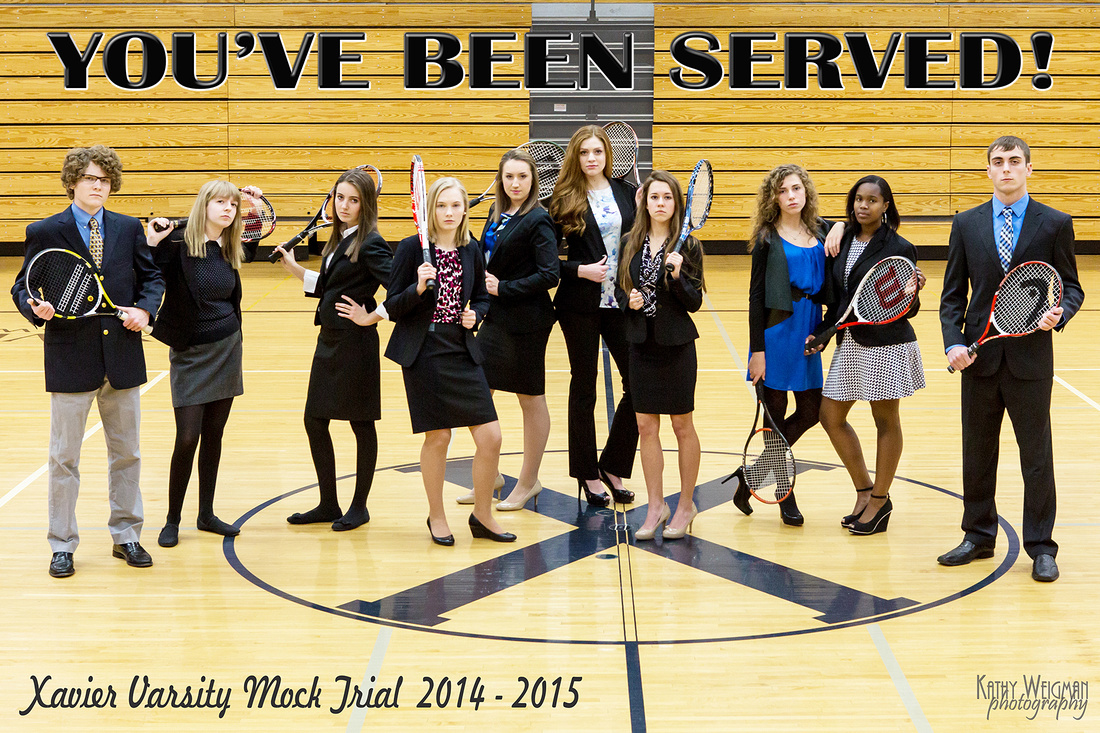 A few weeks before that, the NHM Hockey Team wanted a poster done to advertise for their upcoming season.  They decided they wanted to go with a theme that showcased hard work.  We had talked about getting a dump truck or some sort of work truck, but that wasn't able to happen.  We met in the parking lot of the Ice Arena, and right in the middle of the parking lot was an electric truck!  We took advantage of our good luck and used the truck as the backdrop to the picture!  There's even a team logo on the bucket of the truck :)

No comments posted.
Loading...
Subscribe
RSS
Recent Posts
My Story I'm SO excited for this Year! What??? but it's only January! Goodbye 2020; Hello 2021 Do YOU still need to book YOUR senior portraits? We're Back in Business If You Can't Do What You Do, Do What You Can! Studio Closed for the Safety of my Clients It was a GREAT year for Senior Portraits! Looking for a few awesome 2020 Grads!
Keywords
appleton kathy weigman photography portraits photography Portrait Weigman Photographer kaukauna kimberly appleton portrait photographer
Archive
January February March April May June July August September October November December
© Kathy Weigman Photography LLC
User Agreement
Cancel
Continue